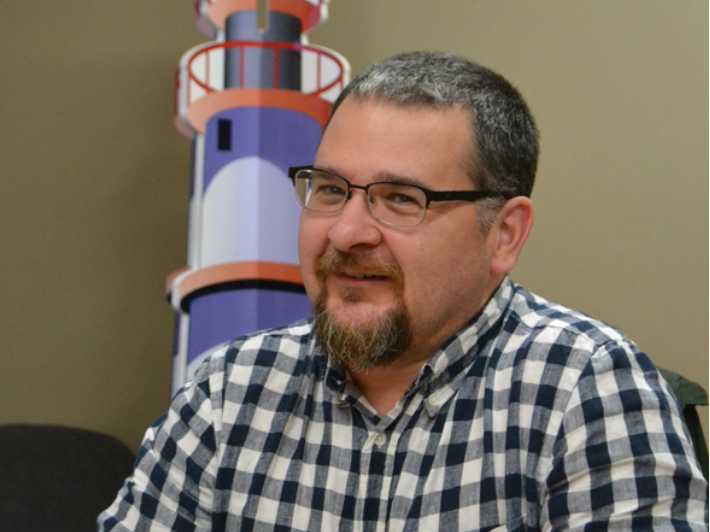 Most of us need no further convincing that it’s important for Nova Scotia to do its part to welcome refugees fleeing the disaster that Syria has become.

Not everyone agrees with that. People worry that we’re bringing terrorists into our midst, despite numerous and ongoing security checks. They worry that this province – especially smaller communities outside Halifax – don’t have the resources – financial, linguistic or cultural – to allow refugees to start new lives and prosper.

Those of you with doubts ought to spend some time, as senior editorial staff with Advocate Media did last week, with Paul Pickering of the Immigrant Services Association of Nova Scotia (ISANS). He came to talk about employment considerations related to refugees.

Pickering is an immigrant himself. Originally from Maine, he immigrated to Lunenburg County from England, and his career has taken him to many diverse parts of the world where he could have settled.

He’s the one who posed the question, “How do we raise the level for everyone?” Because he believes, and statistics back him up, that bringing Syrian refugees to Nova Scotia won’t just help them get on with their lives, but help us by filling many essential gaps in our province’s workforce. “If we as a province, or as Lunenburg County, can get the right programs in place, everyone benefits.”

While some of the families looking for new beginnings have been languishing in refugee camps in places like Jordan and Lebanon for some time, it’s not as if they will have nothing to offer when they get here.

“Syria has been a well-educated, professionalized country, incredibly diverse, a crossroads of culture for a heck of a long time. In the past, the people who have come have been much more self-selecting. Such as with World War II, those who came first are the ones who had more options. Some of these [Syrian] refugees have been professionals.”

That includes pharmacists, doctors and nurses. Some are technicians and others have done general labour. Pickering believes all of them can fill vital needs in Nova Scotia.

Much has been made of the counselling many of the refugees will require when they arrive – something that can’t be glossed over. Pickering says rather than being a burden on the health care system, some of the refugees will eventually provide services to all Nova Scotians – making it better for everyone, once again. While the medical community, among others, has recognized the need to recognize foreign credentials more quickly than it did in the past, Pickering says still other sectors need to do the same, and to be flexible in adapting the skills the newcomers bring to filling their employment gaps.

Pickering says Nova Scotia actually has an advantage over other provinces in attracting trained workers. Well-established partnerships and innovative programs have resulted in about 40 per cent of immigrants to Nova Scotia working in their own fields – the best rate in the country. In other provinces, it’s usually about 25 per cent, sometimes lower. To add a bit more perspective, for Canadian-born Nova Scotians, about 60% are working in their own fields. So if you’re a doctor worried about having to drive a cab, you’re better to settle in Nova Scotia.

Immigrants are very willing to fill gaps where needed. Regardless of employment background, Pickering says he’s never come across an employer complain about an immigrant not working hard enough.

“There’s no safety net. Refugees have seen how bad it gets, and no-one wants to go back to that. It’s a powerful motivation. There’s ambition, there’s desire, there’s a look to the future. These are people who now have hope, for themselves, for their children, and they want to live with respect. These are your neighbours.”

But changing cultures is not always rosy, especially not at first, and Pickering spends a lot of time offering advice to employers on integrating these hardworking newcomers into their workplace culture. “When the employer has thought about their workplace culture, the flexibility to adapt commonly benefits everyone.”

“Employers need to be aware that the person is coming with a different expectation of how things work. So if a new employee is suddenly offering suggestions for how to improve the business, and if it gets your back up, you may not be in a position to respond in the best way. If you’re dead set that your way is the only way, it’s going to be a struggle. But if you’re able to take ideas as a potential for growth, you can be a great employer.”

ISANS has a Skills Match service that allows employers to seek out job-ready immigrants (including refugees) who can fill vacant positions in their organizations. Employers need only sign up via the ISANS website. ISANS also offers two-hour online workshops for employers, one called “Introduction to Workplace Culture”. The next one is January 12 from 9 to 11 a.m. Another is called “Introduction to the Immigrant-Friendly Workplace.” The next one scheduled is on January 19, again from 9 to 11 a.m. Email business@isans.ca to register and for more information. The Progress-Bulletin also plans to pursue this in greater depth in the new year.

Near the end of our session, I asked Pickering, from an employment perspective, whether bringing one or two families per community was a good idea, or whether greater numbers are required to encourage them to stay.

“It’s like asking ‘how long is a piece of string?’ ” he responded. “Communities are personal and professional networks, so there is resilience in larger numbers, but a good number is also what the employment community actually needs. That’s a good number. And then next year, when the needs change, that’s a good number.”