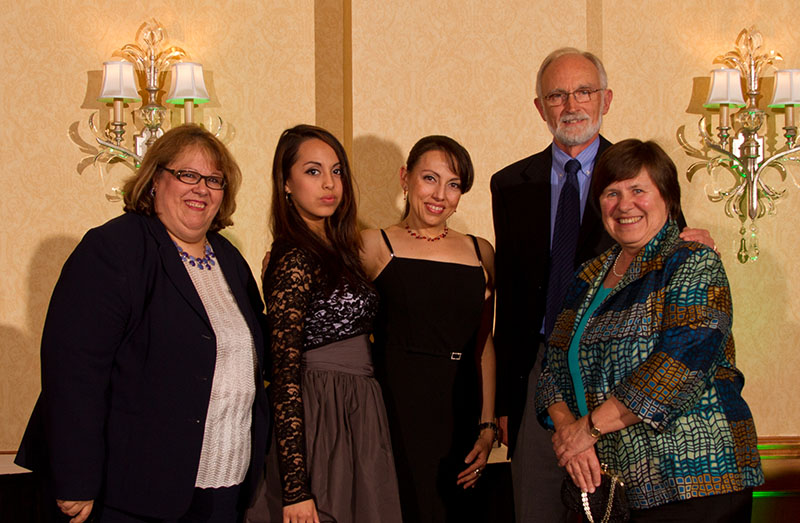 This annual award is jointly sponsored by PANS and Immigrant Services Association of Nova Scotia and is presented to recognize a Canadian licensed pharmacist who has made a significant contribution to the integration of international pharmacy graduates (IPGs) in Nova Scotia.

The award is in memory of Craig Ennett, a pharmacist who assisted many newly arrived international pharmacy graduates to prepare to practice in Nova Scotia. Craig was an active supporter and volunteer with both PANS and Immigrant Services Association of Nova Scotia. Even when a brain tumor kept him from the profession he loved, he remained interested and as involved as he could be. The award was presented by Craig’s wife and daughter, Veronica and Ivanna.

John Burgess has worked for many years in community pharmacies and understands the various challenges that IPGs face as they try to establish their careers in Canada.  John has provided opportunities for work placements and internships, helping international graduates gain professional experience in a Canadian pharmacy environment.  His efforts and dedication have been significant to the success of the IPG Bridging Program. In the last two years, John has lent his knowledge and experience to communication skills classes; he has reviewed cases and offered relevant feedback to IPGs, and introduced the successful Problem Based Learning model.

John Burgess is a strong advocate of International Pharmacy Graduates and has helped many aspiring pharmacists achieve their goals and start a successful career in Nova Scotia.  John is the recipient of the Craig Ennett Award for being a wise mentor, a firm assessor, a strong supporter, and an invaluable asset to IPGs.

Immigrant Services Association of Nova Scotia is proud to be a partner of PANS and is delighted to participate in the presentation of this award!