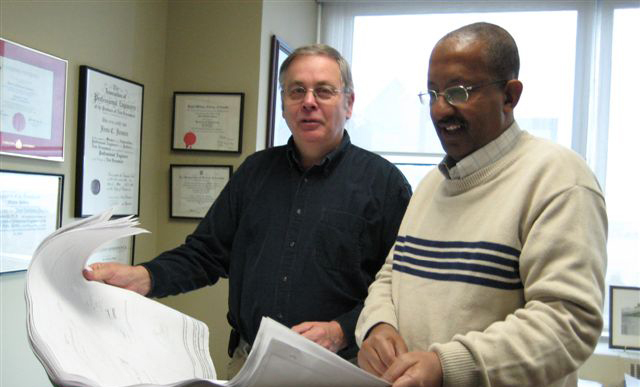 The following is an article by Jan Sheppard Kutcher which appears in the Fall 2012 issue of The Engineer.

No employer likes to take risks in hiring.  Whether you run your own firm, or are responsible for hiring staff for a medium or large engineering firm, mitigating risk, makes sense.  But what appears as due diligence, unfortunately, can mean you miss gigantic opportunities to bring talented, experienced and hard-working engineers on board, simply because they seem like risky hires.

“A Bachelor of Engineering from Peking University – what does that mean??  Sounds like a place from ancient times.”

In reality, Peking University ranks amongst the top 50 universities in the world, in company with the likes of Harvard, Stanford and Cambridge.  Ever heard of Bilkent University in Turkey?  Likely not, but it ranks above the University of Waterloo, University of Calgary and yes, Dalhousie. * Most newcomers to Canada are highly educated and many have studied at superlative colleges & universities.

“Never mind education, it’s the work experience that matters and I’ve never heard of the firms on this resume.”

Take a second look.  A company like Daewoo Engineering & Construction, is one of the largest firms in South Korea and is active around the world.  Others such as Intermass Engineering & Contracting based in Dubai, UAE, have Canadian partners and an impressive list of projects.  An engineer with this kind of experience brings solid skills & knowledge, but can also introduce fresh ways of solving problems, increased productivity and new business contacts.

“But, do they really know their stuff?”

Engineers Nova Scotia has a fair but rigorous process to assess the qualifications of internationally educated engineers (IEEs). Most IEEs begin to challenge for their P.Eng as soon as possible – some even before they land.

An Immigrant Services Association of Nova Scotia Work Placement is a great way to try out a potential employee without risk.  There’s no cost and no obligation to hire – but in over ten years of operation, this program has resulted in tremendous learning on both sides, and hundreds of amazing hires. Newcomers need opportunities to demonstrate what they can do. Host employers need the chance to determine the relevance and applicability of international qualifications.

An exciting opportunity is in the works to help you with this challenge.  The Work Placement program will soon be complemented and enriched by a competency assessment tool designed for use in a worksite setting. This tool will give host employers the chance to assess the skills, knowledge and abilities of an immigrant engineer “on the job”.   The tool will be user friendly, and coaching & support will be available throughout the work placement.

And you don’t have to look further than our own backyard.  There are internationally educated engineers who are permanent residents and are settled in Nova Scotia with their families.  They’re ready and able to work right now!

“But we’re a tight-knit engineering group, will they fit in?”

Nova Scotians have a huge reputation for friendliness – just build on that. Remember how you felt starting out in the workplace. Introduce your new engineer to the team, buddy him/her up with a more seasoned employee, make sure to include them in workplace activities during work time and after.  The truth is that often the biggest challenge an immigrant engineer faces is the informal “water cooler” conversations – when they know a lot more about cricket than hockey!

Here are some ideas for getting started:

Read the article as it appears in The Engineer.