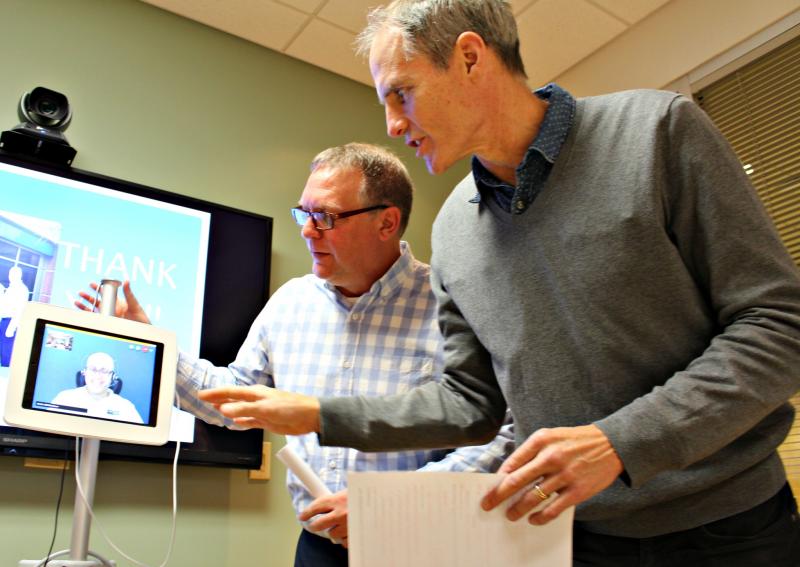 All recent arrivals to Canada from countries including Ethiopia, Sudan and Syria, the curious students also got an inside look at the hospital’s emergency department, from triage to exam room.

The tutorial and tour were part of October’s focus on health for Immigration Services Association of Nova Scotia (ISANS) clients.

“Here, in emergency, you just have a doctor who only does emergency,” he explained, “not like a clinic.”

Dr. Campbell led the session alongside emergency department health services manager Robert MacKinley, and worked with ISANS staff members to explain in simple terms how the emergency department works, to help overcome language barriers and ultimately make Nova Scotia’s health care system as accessible as possible to all, regardless of culture, ethnicity and country of origin.

This marked the first time a group of ISANS students have visited the QEII emergency department, but after a successful and informative inaugural session, it likely won’t be the last time the hospital opens its doors to help immigrants better access its services.

In fact, Nova Scotia Health Authority has taken several steps to help break down such obstacles, including the introduction of virtual translators within the QEII emergency department. The service allows doctors to better communicate with patients who don’t speak English by using an online translation service that connects with real people who can speak various languages. The translation device features an iPad monitor on wheels so that it can roll from room to room within the emergency department.

“They heard words that they’ve been studying,” ISANS instructor Denise Herman said following the tour. “So it was good for them to see it.”

Siblings Mohammad Hasan, 30, and Ebitsam Hasan, 27, who arrived from Syria this past January, said they found “everything” about the Canadian health care lessons and emergency department tour helpful.

Department of Emergency Medicine administrative assistant Angela Thompson said it’s all about becoming “engaged with the communities … that we serve.”