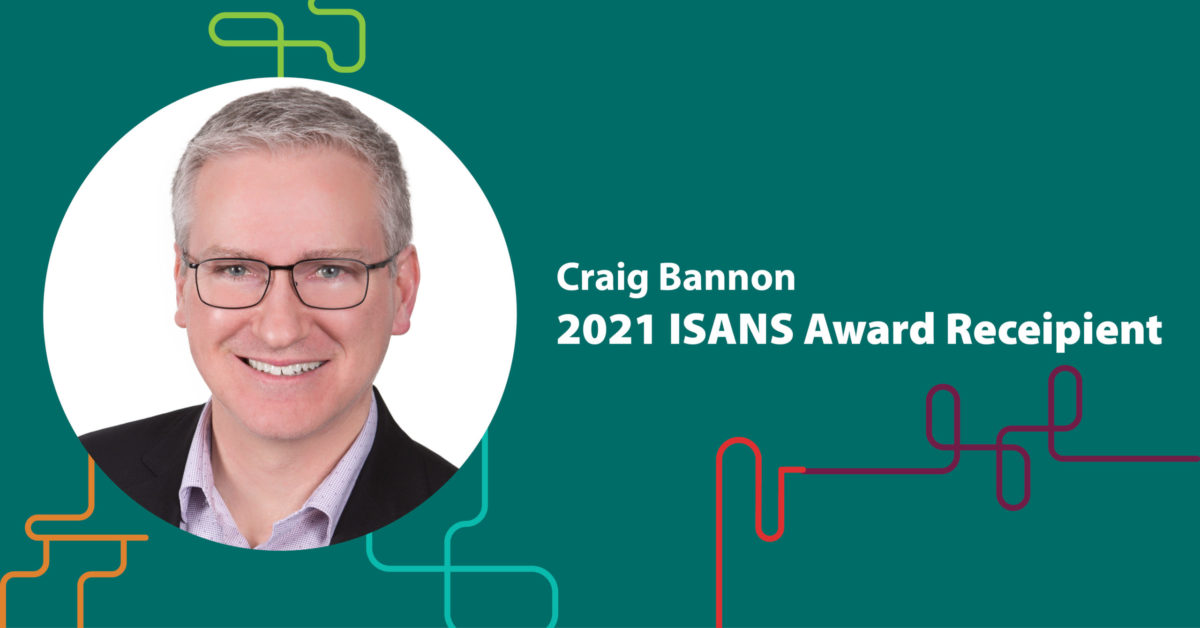 Immigrant Services Association of Nova Scotia (ISANS) is pleased to announce Craig Bannon as the recipient of this year’s ISANS Award.

The ISANS Award recognizes an individual, community group, business, or employer who has demonstrated exceptional and innovative efforts in welcoming immigrants to Nova Scotia and in assisting them to integrate successfully into the community.

“Craig acts as more than a mentor to his mentees. He is also a friend, confidant, and at times a life coach as well. His contributions to ISANS and support of the newcomer community is inspiring. We are honoured to present Craig with this year’s ISANS Award,” said Jennifer Watts, ISANS CEO.

A Senior Manager, Regional Financial Planning Consultant with RBC, Craig has been supporting the immigrant community in Nova Scotia for almost a decade through ISANS Professional Mentorship Program. Drawing on his background, experience, and extensive professional network, Craig has inspired countless newcomers and seamlessly contributed towards making this province welcoming and inclusive.

Craig goes above and beyond his volunteer requirements as a mentor. He mentors on average three mentees a year and meets with other newcomers for one-off information meetings. “Craig’s humility, diligence, and words of encouragement have supported many newcomers during the initial stages of settlement thereby helping immigrants build a future in Nova Scotia,” said Ritu Ganju, ISANS Professional Mentorship Program Coordinator. “His leadership as a mentor has undoubtedly contributed to the success of many newcomers.”

He also created groups like the “Mentoring Circle” to continue to support and mentor newcomers, and help them broaden their network, even after their mentor/mentee partnership has ended. Craig now champions the RBC National Mentoring Initiative in the Atlantic region and leads by example. With his support, 17 RBC staff have registered as part of the first National Mentoring Partnership and been matched with newcomers