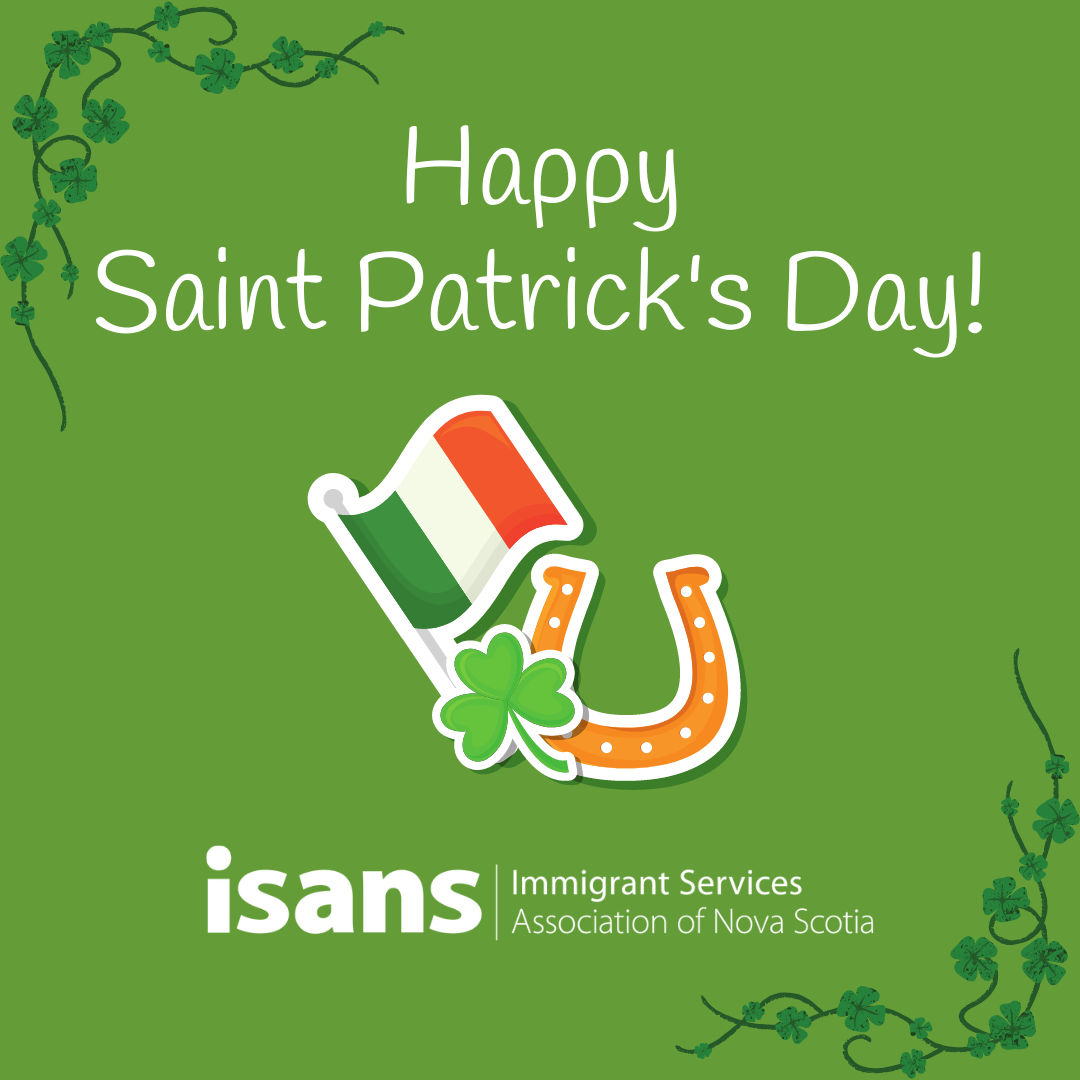 If you are a newcomer in Nova Scotia, you may be wondering why so many people are wearing green today. March 17th is Saint Patrick’s Day, which started in the 1600s when the Vatican recognized it as a Saint’s day. What started as a Christian (primarily Catholic) holiday became a bigger celebration of Irish culture.

Many of the traditions around Saint Patrick’s Day actually originated in the United States, where Irish immigrants used the day to celebrate their heritage. Corned beef and cabbage is a traditional food for the day, which started with the Irish Americans who in the 1800s were mostly poor and could only afford the cheaper cuts of meat.

The tradition of wearing green has several potential origins. Ireland is also known as the Emerald Isle, green is one of the strips on the flag of Ireland, and shamrocks are green. Shamrocks are also associated with Saint Patrick, with legends of him using the three-leaf clover to teach people about the Holy Trinity (the Father, son, and holy spirit/ghost). Another legend associated with wearing green is that leprechauns, mischievous fairy-like beings from Irish folklore often portrayed wearing green outfits themselves, would go around pinching people who were not wearing green clothing.

To everyone celebrating today, we wish you a Happy Saint Patrick’s Day!

To learn more about Saint Patrick’s Day, check out these articles from Vox News and Time Magazine.