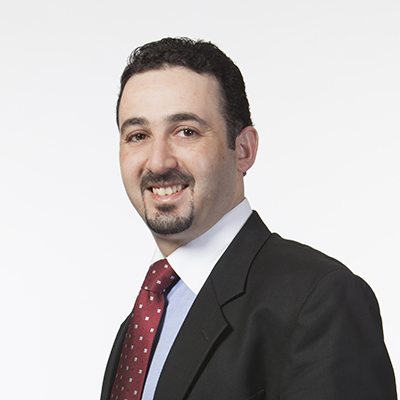 Ali Yousef is working successfully in Nova Scotia as a project engineer in the oil and gas industry, but he hit nothing but roadblocks until he went to Immigrant Services Association of Nova Scotia for help with his job search.

After graduating in mechanical engineering at the University of Jordan, Ali built an impressive career, starting in his homeland of Jordan on a project to rehabilitate Amman’s water supply system. Then in Doha, Qatar, he became project manager of a company contructing a water pipeline that grew to over 1,300 employees.  He has family in Texas, but decided to apply to come to Canada because of the encouragement of his Canadian boss.  He was granted a visa and arrived in May 2011 as a skilled worker, along with his wife, Lina, and their twin boys, Laith and Ghaith, now four and a half.

But his first encounter with the governing body for Nova Scotia engineers was frustrating. “I had papers to show that my certification is equal to here, but they wanted Canadian experience and even letters from my professors. I was a student years ago and they were old then!”

He met with an Employment Counsellor at Immigrant Services Association of Nova Scotia who guided him in the right direction and helped him discover where and how to apply for work. He landed an excellent job with SBM Offshore, a US company working with the Deep Panuke natural gas drilling project near Sable Island, Nova Scotia.

He then signed on with CBCL Ltd., an engineering and environmental design and consulting firm. Ali has an engineer friend unable to find work, so he knows the challenges. “This makes me feel there’s hope for me here. I can trust my experience.”

Ali is a committed supporter of Immigrant Services Association of Nova Scotia and continues to attend courses. He enrolled in the Pronunciation Course to perfect his already-good English. And he attended a class about taxation in Canada. His wife, who is a nurse, attended English classes at Immigrant Services Association of Nova Scotia, as well as healthcare specific workshops.