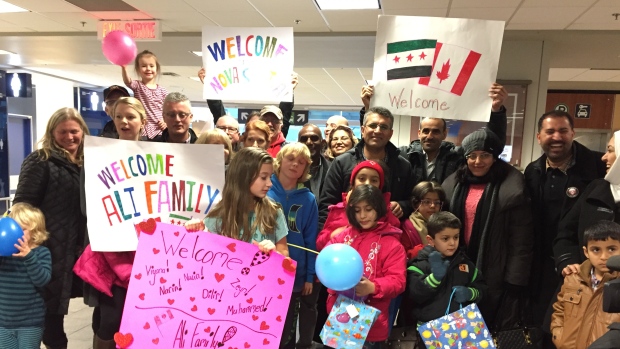 The Nova Scotia government says 2017 was a banner year for attracting immigrants to the province, with nearly 4,000 newcomers calling Canada’s Ocean Playground home.

By late October, 3,845 immigrants had settled here, said Immigration Minister Lena Diab. She expects that number to pass 4,000 when the full 2017 numbers are in. The top three countries of origin were China, India and the Philippines.

“The more the merrier, as far Nova Scotia is concerned,” she told CBC News.

“Immigrants do well in Nova Scotia and they do much better in Nova Scotia than other parts of the [country],” said Diab, who is the daughter of immigrants.

Diab said immigrants in Nova Scotia have higher employment rates than the Canadian average and are two times more likely to work in their field if they’re internationally trained, compared with those in other provinces.

For immigrants who have started businesses, those businesses have a higher success rate (71 per cent) after three years of operation in Nova Scotia compared with the Canadian average (48 per cent).

‘They live with us, among us. They are us’

The provincial government said most Nova Scotians believe immigrants make Nova Scotia a more interesting place and that immigration is key to growing our province.

It pointed to research conducted in the fall on behalf of the Nova Scotia Office of Immigration that suggested 85 per cent of Nova Scotians “believe that immigration has a positive impact on our province,” compared with 36 per cent in 2016.

“It is an astounding difference. We’re seeing a change, for sure,” Mills said. “We’re seeing more employers open up, more volunteers. We’re seeing public institutions like libraries, hospitals — and especially Halifax Regional School Board — taking on the responsibility, so it’s not only ISANS’s responsibility.

Both Mills and Suokonautio said having so many private citizens get involved in welcoming Syrians to Nova Scotia and helping them settle in changed a lot of attitudes.

“That’s something Nova Scotians are really, really good at. When it touches them personally, they become involved and positive about it,” Mills said.

Suokonautio, too, said she has seen changing attitudes.

“Things that are happening in the U.S. — sometime Canadians, we do a counterpoint. Whether that’s based on genuine immigration policies being different or not, we like to differentiate ourselves by saying we are more welcoming,” she said.

Poverty must be tackled

Mills noted that child poverty rates and poor housing remain big problems for newcomers. ISANS is currently helping 600 immigrants seek work. Many of them are highly educated, including physicians, she said.

“Lots of people can’t find family doctors. We know the provincial government is seeking internationally educated doctors,” she said. “They’re seeing immigration as part of the solution to some of those demographic issues.”